Olerex Ahtri gas station has a new fresher look thank to Kileprof. During the renovation of the gas station, we also helped to freshen the outside look. Previous yellowish film got replaced with modern reflective privacy film. Some of the windows were covered with completely opaque privacy film in order to make some areas of the gas station private. As the client wanted to improve the indoor climate as well, then we selected film that in addition to being opaque and changing the look of the glass, also reflects heat from the sun. Filming work was ordered by Olerex AS. 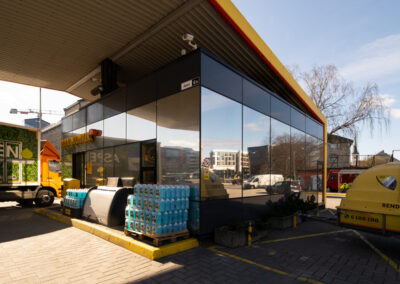 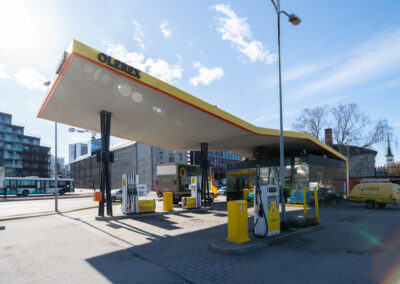 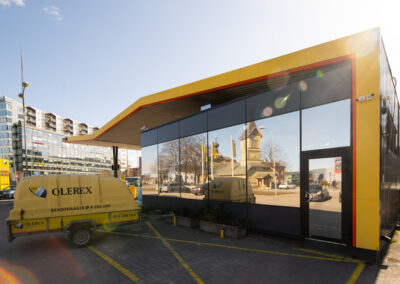 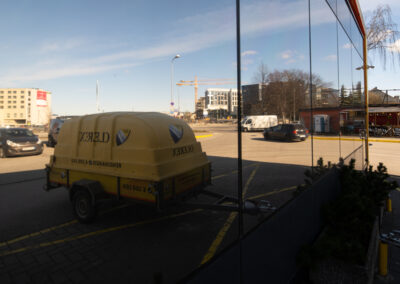