Tammsaare Business Centre faced the problem of excessive temperatures due to sun. The issue did not affect certain rooms, but different room on different times depending on the weather of the day. The existing indoor climate system did not allow the temperature to be regulated on different sides of the building separately. This led to a situation, where the employees in the south facing offices were hot on sunny days, but turning on the air conditioning led to people in the north facing offices feeling cold. The problem was solved with solar control film. We chose a product that did not transform the look of the building and allowed maximum amount of light through, while still blocking excessive heat from the sun. Due to the features of the building, we had to use a hanging scaffold and occasionally also worked even on windy days. Filming work was ordered by Kaamos Ehitus. 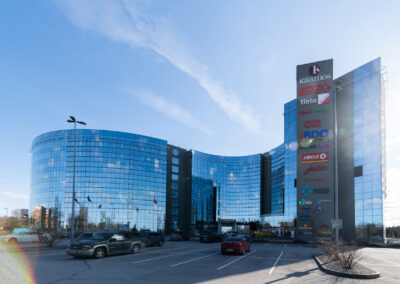 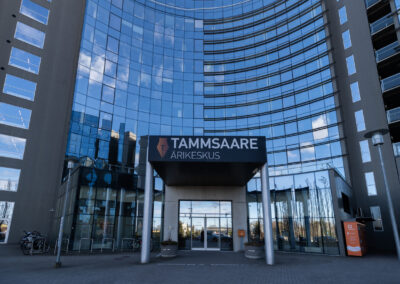 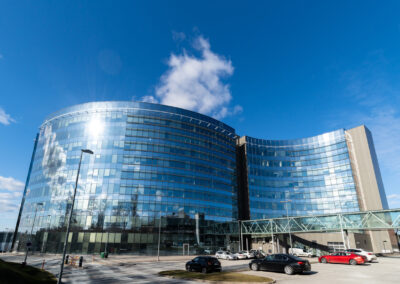 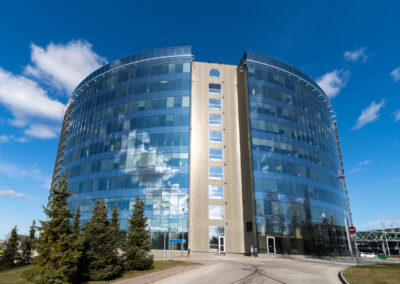 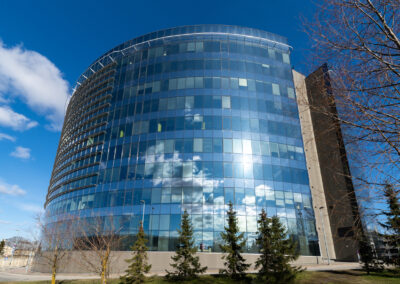