Alexela Loo gas station windows were covered with a hybrid decorative solar control film. The need for solar control film became most apparent on days with long sunshine hours, when sun increased the indoor temperature uncomfortably high. This particular solar control film was chosen by its looks in addition to its function – as the goal was to not change the look of the facade, we chose a transparent film with a blue tone. FIlming work was ordered by Alexela Group AS. 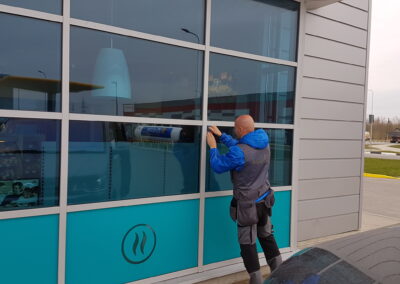